Jim & Jacob serves tapas style dishes, influenced from all over the world. This is a great value for money restaurant in a really nice and intimate atmosphere. Two talented young chefs, who are ambitious and want to evolve and this place is a great startingpoint for that.

Jim & Jacob had a brief career as food truck entrepreneurs before their truck caught fire, and literally burnt that project to the ground. But the duo has come back, and in what a way. The heritage from the truck-era is still there, with some really delicious sliders but they have expanded their cooking in their small 50 square meter restaurant on Surbrunnsgatan.

The food truck was a great success, at least for the full three days when it was up and running

The food truck was a great success, at least for the full three days when it was up and running. Maybe the shortest food truck adventure ever? This was in February 2015 and in May 2015 the guys announced that they were planning on opening up a restaurant in Vasastan. So during the summer they have transformed the old boring Thai restaurant into a modern eatery and opened up in early September 2015.

The food is quite a mixture from different cuisines, focusing on what they guys themselves like the most. The food is served as small dishes, tapas style, influenced from all over the world – so really no limitations. Scallops with beurre blanc are mixed with beef tataki and tuna sliders. The menu changes constantly, so go for whatever you feel like or what is recommended by the staff, but the sliders are the original concept and a safe bet. And as long as the corn buns are on the menu, make sure to order them. They are like a corn muffin, packed with butter and tastes like a grilled corn knob with melting butter on them. Simply delicious. And my guess is that it will become one of the fixed items on the menu.

The restaurant is small and intimate, with about 25 seats. The atmosphere is relaxed, and Jim & Jacob frequently comes out in the dining area and serves the customers and talks for a short while. I guess thats just the kind of atmosphere they want to have, casual and no frills. There are a couple of bar seats and then there are some small wooden tables, a bit rustic and casual. But all in all, this is a place you really want to come back to. Warm, hearty atmosphere and tasty food. And with most dishes ranging SEK45-145 you have every reason to become a regular. For a dinner you will need about three or four small dishes for a complete serving so really not an expensive place, but good quality food.

These guys are young and talented

These guys are young and talented, but already really good, and I have no doubts that this will be a great success. I will be at least be a frequent guest. 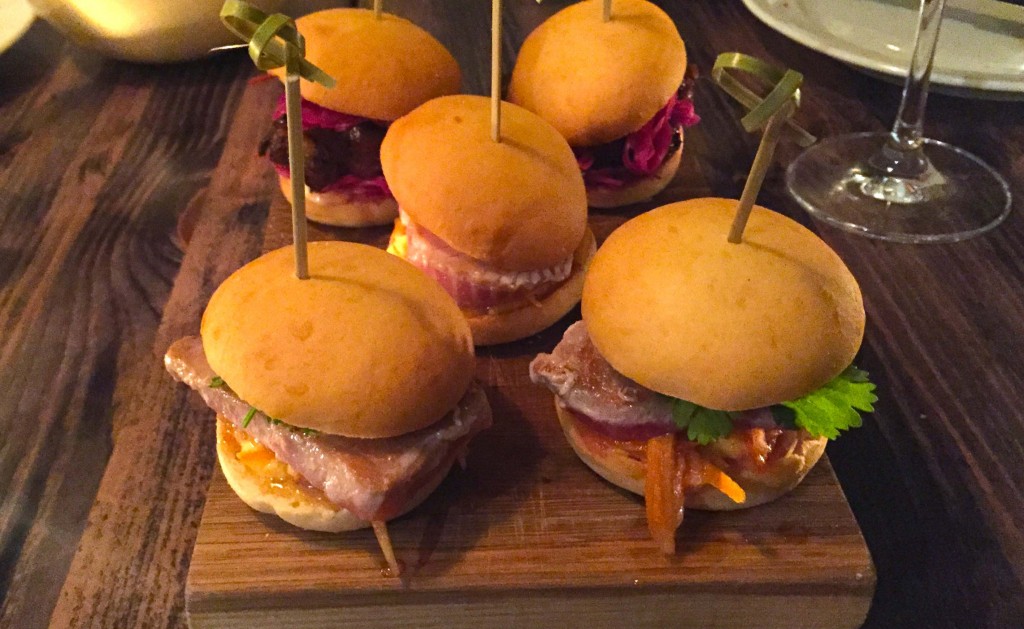 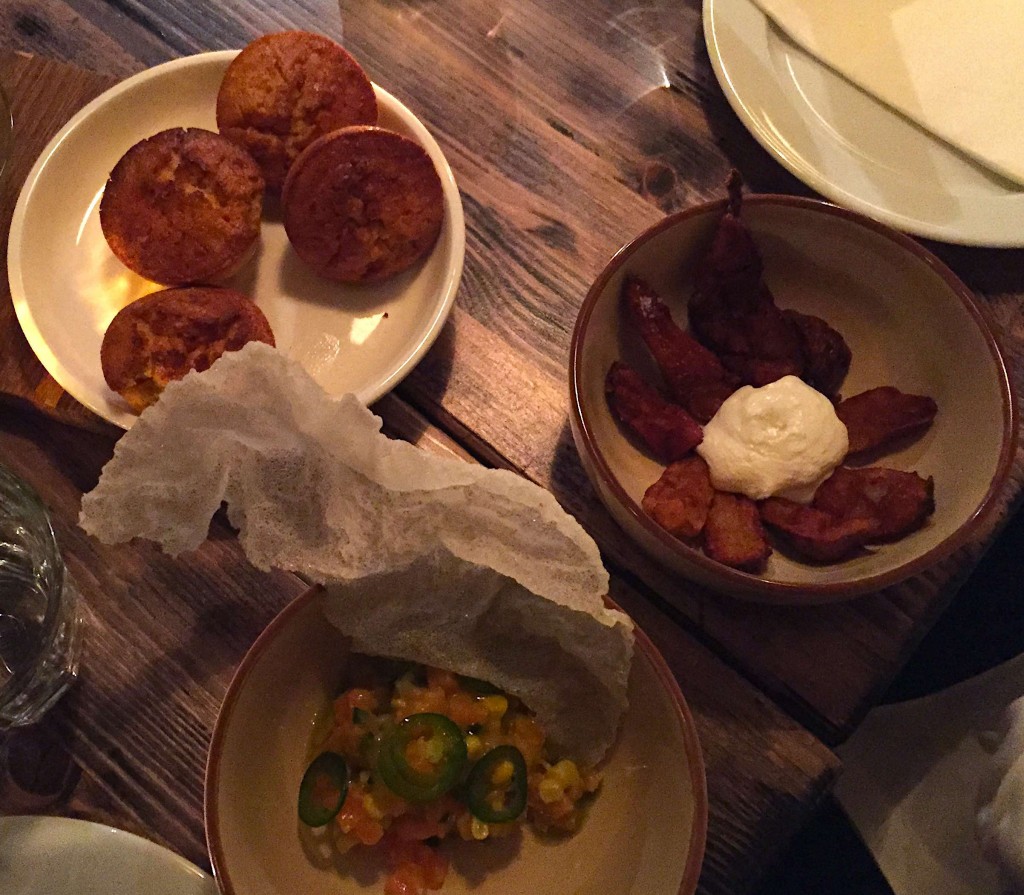 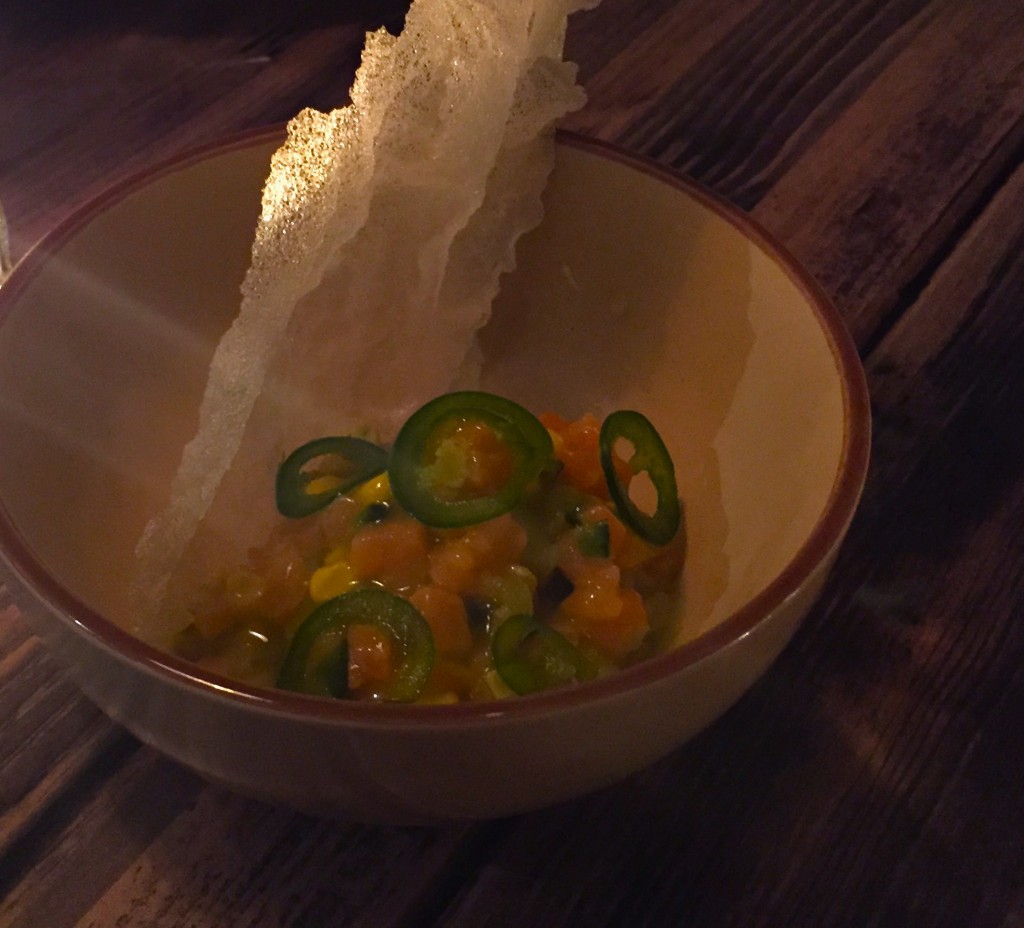 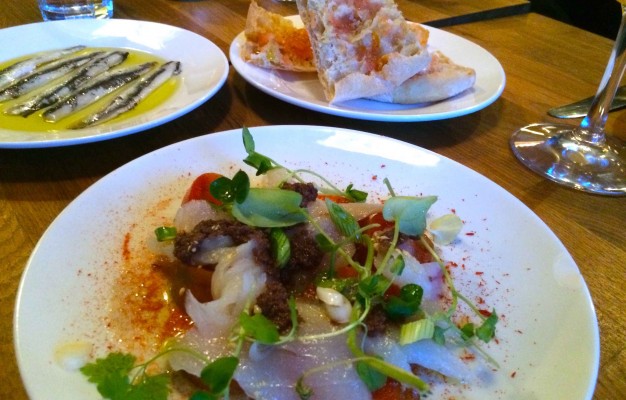