Stepping up the tapas scene in Stockholm is something that should have happened a long time ago, and Matkonsulatet has taken the first step. Matkonsulatet really offers some of the best Catalan-style tapas you will find in Stockholm, and the location is not at all bad in itself either.

Catalan tapas with a twist in a cozy, 30-seater restaurant just on the waterfront opposite Karberg Castle. What more can you ask for? Well in all honesty, a few minor changes but not much.

The location became famous when Flippin Burgers started the burger hype at the very same venue a couple of years ago. But the cue of burger hipsters is long gone, and the replacement is many ways actually so much nicer. Matkonsulatet really tries to bring the tapas to the next level, something that we are not spoiled with in Stockholm, and as many chefs pushing the limits a bit some are successes and some less successful.

Matkonsulatet really tries to bring the tapas to the next level

I’ll start with the let down so that we can move on, and not put too much emphasis on it because I really like the place. Some dishes just lack a bit of punch flavor wise and come off a bit bland, I guess part of the explanation simply is that it is easier to get amazing produce in Barcelona compared to Stockholm. But on the other hand, when ordering six or seven dishes (for two) and one or two fall a bit short, that is a quite good rating especially considering that the menu is reasonably priced and constantly changing. And actually reasonably priced is a bit of an understatement, for Stockholm and with the quality you get here, this is more or less cheap.

I really enjoy the refinement of the dishes, and the ambition level of elevating tapas to something more than traditional tapas. Contrary to that statement, one of my favorite dishes is a simple and classic Bikini d’ibéric toast with mozzarella, iberico and truffle butter. Brilliant! Boquerón’s are always a personal favorite, and it doesn’t disappoint here either. Overall the food is well thought out, nicely presented and served in classic tapas style as things get done. For two, order something like six or seven dishes. The food arrives at the table as it is ready, but don’t wait for too long to eat the hot dishes. And don’t be shy since even though some of the dishes are not really easy to share, and look more like a starter for one, just dig in and enjoy.

And don’t be shy, just dig in and enjoy

The chef behind Matkonsulatet, Pablo Perez Sköldin, has previously worked at Michelin starred Hisop in Barcelona. So I guess he brought with him a thing or two to Matkonsulatet from Barcelona and created his own little slice of Catalonia in Stockholm. Well worth a visit. 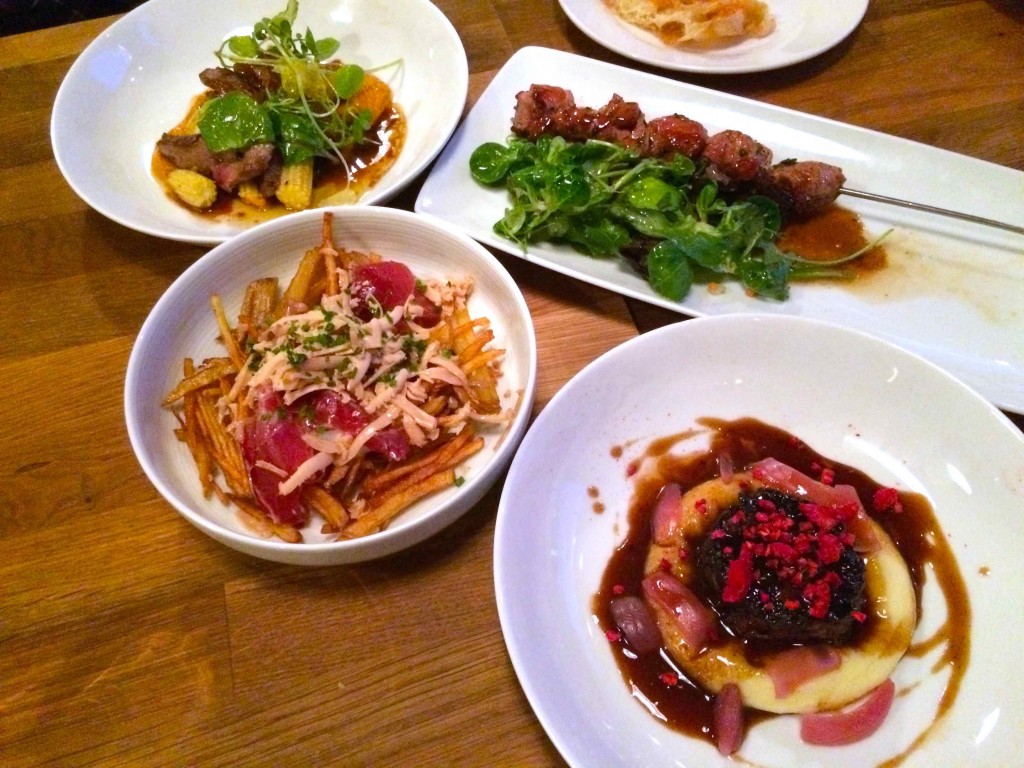 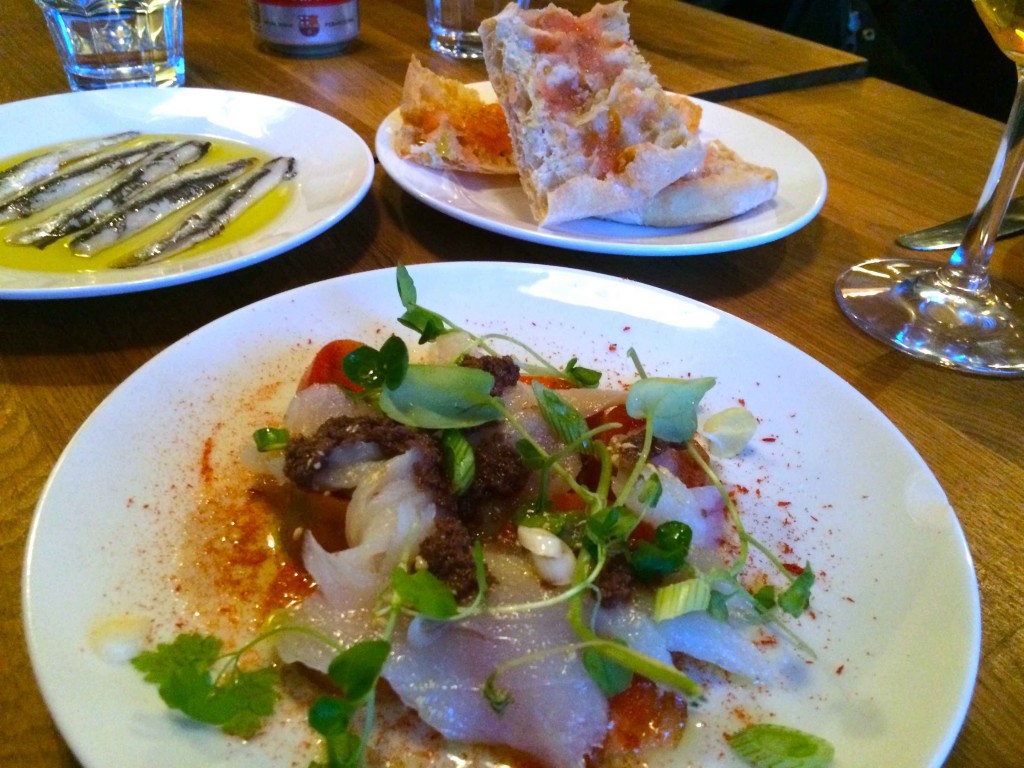 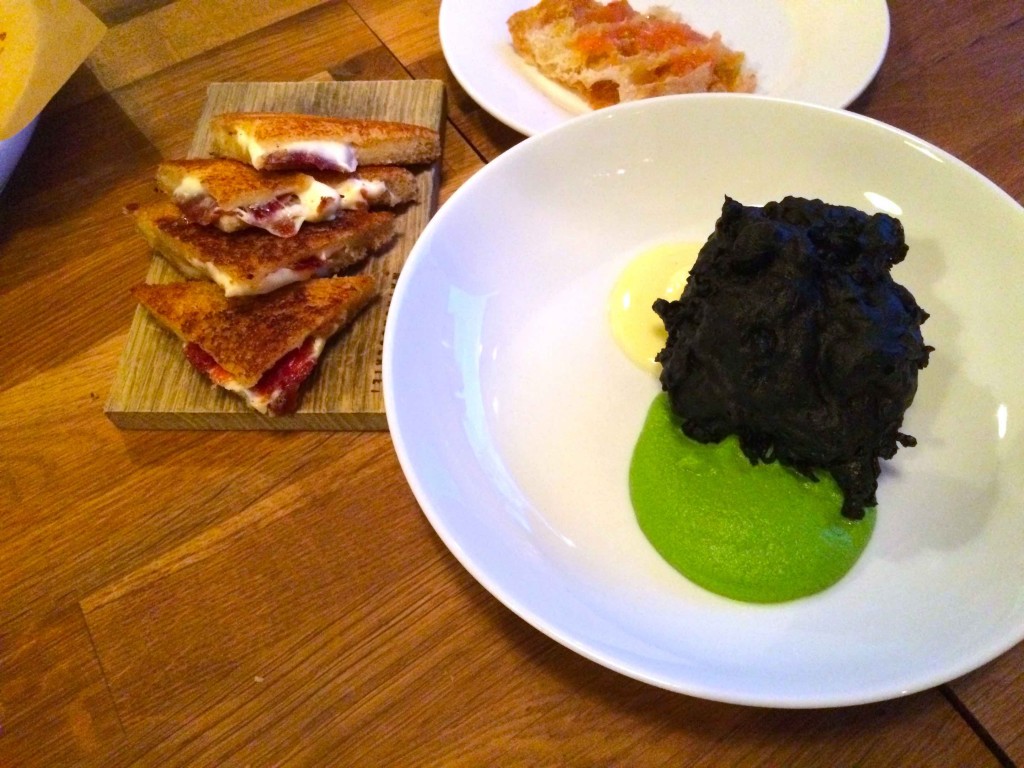